You know Bonne Maman, don’t you? Those gorgeous preserves, jams, and jellies with that signature red gingham lid – known for their excellent quality and superior taste.

I first tasted Bonne Maman in their home country – that’s right – on a trip to Paris. But since then, if I’m not making my own jam, I’m stocking the shelves with Bonne Maman. A little taste of Europe in our kitchen, something that pleases both the Brit and me.

I’m a huge fan of Bonne Maman’s Raspberry Preserves, while James pretty much lives for the Black Currant Jelly on his crumpets.

But Bonne Maman has a new star of the show, straight from the Lorraine region of France: Golden Plum Mirabelle Preserves. Sultry and succulent, these golden and gorgeous plums make one (pardon my French) Hell of a jam.

I don’t know about you, but my palate simply lives for sweet and savory combinations. Combining Golden Plum Mirabelle preserves with the earthiness of baby portobello mushrooms, port wine, garlic scapes, and savory beef stock creates a finishing sauce that you won’t soon forget. I stuffed the pork chops with the same flavors that go into the sauce, but the sauce adds the sweetness of the plum preserves and port, and simply thrills the taste buds.

I imagine this being a fabulous fancy dinner that could easily serve as an alternative to the traditional Christmas ham or to be served by candlelight for a celebratory New Year’s Eve dinner.

Before we get to the recipe, how about a little love from the folks at Bonne Maman?

Here’s what you have to do:

Slice each pork chop on the side, down the center, creating a “pocket”, while leaving the meat on the bone. Season heavily with salt and pepper and set aside.

In a large sauce pan, melt butter. When the butter begins to bubble and is completely melted, add sliced mushrooms and chopped garlic scapes. Stir often to saute on all sides, making sure the mushrooms lightly brown on all sides. When the mushrooms have browned nicely, add tarragon, salt and pepper, and stir. Remove from the pan and allow to cool slightly.

Preheat the oven to 400°F. Have a casserole dish at the ready.

Use a mini chopper or food processor to finely mince the mushroom and garlic scape mixture and set aside.

Add two tablespoons of canola oil to the same pan you cooked the mushrooms in and allow to heat. Add the pork chops to the pan, browning on each side for 3-4 minutes.

Place the browned pork chops in the casserole dish. Add roughly two tablespoons of mushroom and garlic scape mixture to each “pocket” in the middle of each pork chop. Put the chops in the oven for 10 minutes to finish cooking.

When you have about five minutes left on the pork chop cooking time, add the remaining 2 tablespoons of butter to the original pan that the mushrooms and pork chops were cooked in.

When the butter is melted and bubbling, add two tablespoons fo all purpose flour to the pan and stir with a whisk to make a roux. Allow this mixture to cook for about a minute, stirring often, to allow the flour to cook down and lose its “floury” taste.

Add 4 tablespoons of Bonne Maman Golden Plum Mirabelle Preserves to the pan and whisk again, allowing it to heat through for about 30 seconds.

Add 3 tablespoons Port wine to deglaze the pan, stirring heavily with a whisk to scrape all the yummy bits off the bottom of the pan.

Add one and a half cups of organic beef stock to the pan and whisk on medium-high heat until thickened.

Add a tablespoon of chopped parsley to the sauce to finish.

Remove the pork chops from the oven and check the internal temperature – they should be above 160F since they’re stuffed.

Place on a platter or individual serving plates and cover with the Golden Plum, Port and Mushroom sauce.

Garlic mashed potatoes make an excellent side for this dish, as do roasted parsnips. Perfect for Fall!

-This giveaway is open to USA residents only and will run until Thursday, November 15, 2012 at 11:59 pm EST.
-Winner(s) will be generated via a random number generator software program. Winner will be notified via the contact email provided on the comment contact form.
-Winner(s) will have until 11/17/12 to claim their Bonne Maman Preserves, Jams & Jellies giftpack or we will choose another winner.
-Winner will receive (1) Bonne Maman Strawberry Preserves, (1) Bonne Maman Golden Plum Mirabelle Preserves and (1) Bonne Maman Fig Preserves {$15.00 MSRP}. Product will be shipped by Bonne Maman.
-This giveaway is in no way sponsored, endorsed or administered by, or associated with Facebook.

This giveaway is provided to you by Bonne Maman. The views and opinions expressed by Amber Bracegirdle on Bluebonnets & Brownies are my own, and based upon my experiences with Bonne Maman products. I was compensated for the recipe development in this post. 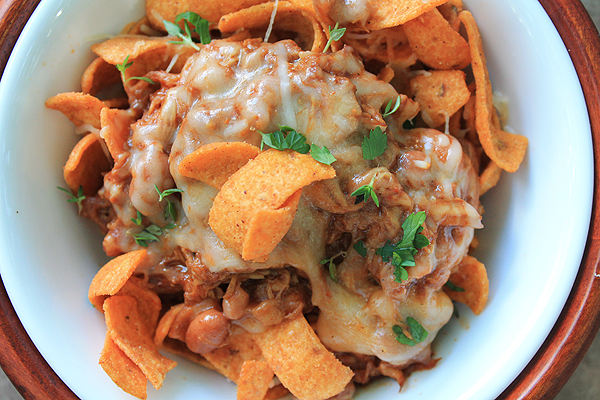 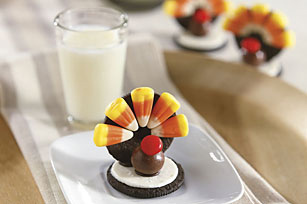 Next
Make it an OREO Thanksgiving!

I liked your pin

I liked your pin.