Time for another Tex-Mex lesson! What’s a raspado? Quite simply, a snow cone. But raspados are different in that they have more exotic flavors. Some of the most popular in South Texas include Strawberry Horchata, Lechera (sweetened condensed milk), Watermelon, Tamarind, and Plum. But by far, my favorite? Prickly Pear and Lime.

You can pretty much find Prickly Pear fruit (called Tuna in Spanish) anywhere these days. I can find them at Whole Foods here in New Jersey, already de-spined and ready for peeling. Wanting to get a true flavor profile, I asked James to taste the naked fruit after I’d peeled it and tell me what he thought it tasted like. His answer: Watermelon meets Blackberry. I think he’s pretty spot-on there.

You can eat Prickly Pears on their own and they’re a wonderful bright pink snack that you’ll be thinking about days later. Once peeled, you can devour them seeds and all, much like you can eat a watermelon’s white seeds without issue. They’re incredibly juicy and flavorful. 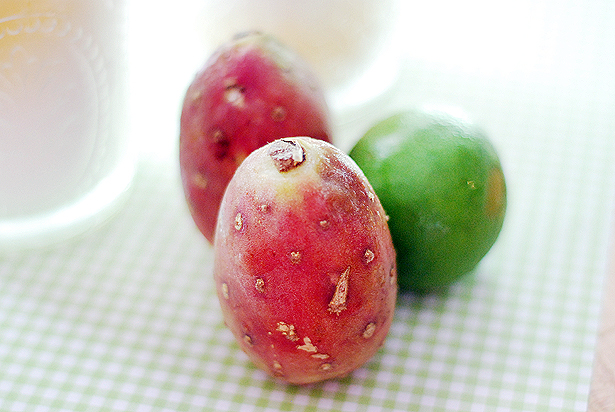 But my favorite thing to do with them is make syrup – syrup that can be used in raspados, or for a more adult beverage – Prickly Pear Margaritas.

At the beginning of Summer, West Bend sent me their Electric Ice Shaver to try out and review. I was pleasantly surprised at how efficient and uniform this little guy is at making shaved ice. I’ve been giving Rita’s Water Ice a run for their money all summer long – and it’s been a whole lot cheaper!

Whether you want to make margaritas or raspados, the process of syrup to frozen beverage is greatly helped along by the West Bend electric Ice Shaver.

The ice shaver comes with its own little paper cups for snow cones, plus straws, and these handy little bowls for freezing the perfectly shaped ice disks for the machine. But you can use regular ol’ ice right out of the freezer too (in case you’re impatient, like James and me).

I think you’re going to love Prickly Pear Raspados so much, you’ll be making them in the dead of Winter. You can sometimes find Prickly Pear juice on its own in the grocery store, but they’re incredibly simple to juice. Simply Recipes did a great job of explaining how to peel them, so pop over there if you’d like a picture tutorial. 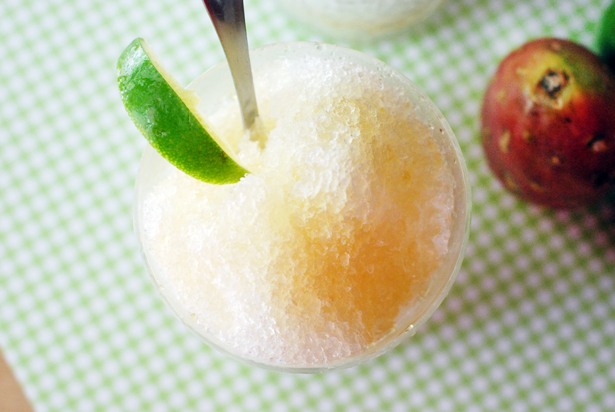 To peel the prickly pear fruit, slice off each end, about 1/4″ in. Slice through the thick skin on 2 sides, then simply peel away the skin. You will find the texture of the skin to be somewhat like a banana skin, and it easily pulls away from the meat within.

Place a sieve over a large measuring jug or bowl (whatever will cause the least amount of spillage for your size of sieve) and then simply press the prickly pear fruit into the mesh with your hand. Move your hand around the sieve, pressing the meat of the fruit. After 4 fruits are juiced, you should have about 1/2 a cup of juice. Add the lime juice to it.

In a small sauce pan, heat 1 cup of water and 1 cup of sugar together until the sugar completely dissolves. This makes simple syrup.

Add the prickly pear and lime juice to the simple syrup and heat again on low for 20-30 minutes, until the liquid has reduced by half. If you would like the syrup to be thicker, reduce again by half.

Allow the syrup to cool completely and refrigerate. Do not use for snow cones until the syrup is at least at room temperature, or has been refrigerated overnight.

To make the raspados, shave half a cone or cup’s worth of ice, and pour some syrup over the ice shavings. Continue shaving ice, filling up the rest of the cup or cone, and add more syrup to the top.

If you would like to use for margaritas, simply prepare as above, and then add a shot of tequila and triple sec to each “snow cone” and stir.

Garnish with a fresh wedge of lime, and salt if you desire.

Would you like to win a West Bend Ice Shaver? 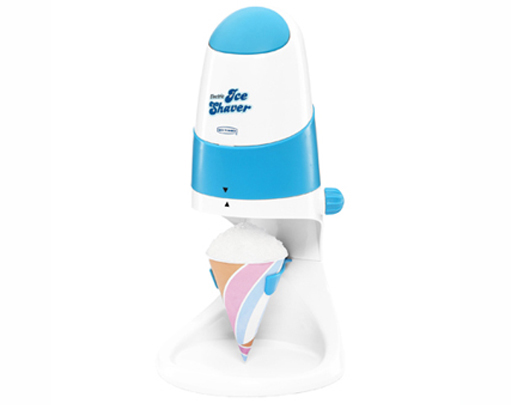 Come back here and leave a comment telling me which appliance, other than the West Bend Ice Shaver, you would love to have in your kitchen, especially this Summer. You must be specific. “Milk Shake Maker” will not count.

For each item below that you do, you will get one extra chance to win. If you already do any of these items, they DO count.

You MUST leave a separate comment for each item. If you leave one cumulative comment, it will only count as one extra entry.

-This giveaway is open to USA residents only and will run until Saturday, August 20th at at 11:59 pm EST.
-Winner(s) will be generated via a random number generator software program. Winner will be notified via the contact email provided on the comment contact form.
-Winner(s) will have until 8/23/11 to claim their West Bend Ice Shaver or we will choose another winner.
-Winner will receive one West Bend Ice Shaver {$29.99 value}. Product will be shipped by West Bend.

This giveaway is provided to you by West Bend. The views and opinions expressed by Amber Bracegirdle on Bluebonnets & Brownies are my own, and based upon my cooking experiences with West Bend products. I was given the product free of charge to test and review it; however, I was not monetarily compensated for the review or giveaway.
[wpurp-searchable-recipe]Prickly Pear Raspados &amp; a Giveaway – – – [/wpurp-searchable-recipe] 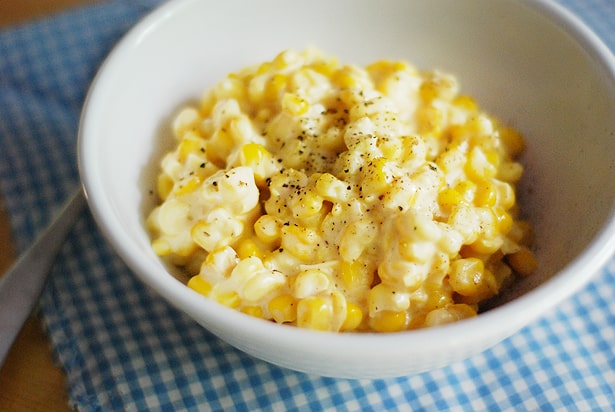 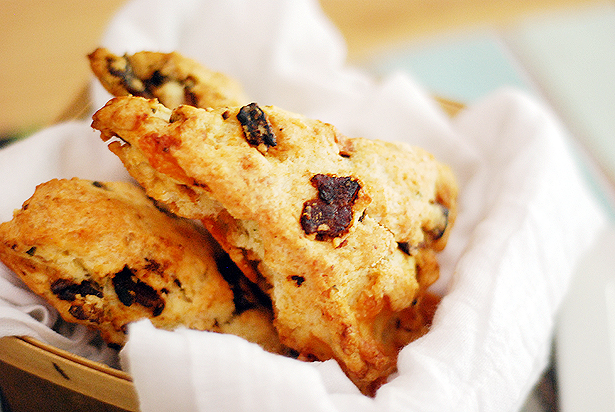