Please welcome Casey from Good. Food. Stories. today. She’s been kind enough to guest post for me while I’ve got some family stuff going on. Casey is the biggest food enthusiast I’ve ever met. In terms of history, recipe development, and all around fabulous food, you couldn’t ask for a better source. She’s also an incredible friend. Make sure you stop by Good. Food. Stories. after you read all about these gorgeous Lemon Soufflé Puddings.

He hasn’t come out and said it to my face, but I suspect my husband thinks I’m a hypocrite.

I’m always nudging him to clean up his piles of magazines, heaps of baseball research, tangles of iPod cords and chargers, boxes of National Geographics that he says he’s going to sell on eBay (if anyone’s interested…) throughout the house. Clutter is my enemy. Tchotchkes are forbidden. I strive for a clean, minimalist life, where a well-tended stack of books and well-framed wall art are the only acceptable forms of decor.

Except in the kitchen, where a showroom’s worth of appliances, extra skillets, multiple Dutch ovens, and towers of Mason jars struggle to find cabinet space. I cop to owning three juicers and a lemon reamer, people. I know I have issues.

I can defend my purchases-slash-hoarding, though. Good reasons abound for keeping each and every kitchen implement I own.

Take, for instance, the electric hand mixer. Compared to its brawnier brother the stand mixer, the little handheld guy seems wimpy, inefficient. But having a hand mixer is totally necessary when it’s time to make a batter that involves whipping two separate things. Who wants to mix something up in the stand mixer bowl, pour it out into another bowl, clean the stand mixer bowl, change the attachments, and then move on to the next step of the recipe?

I’d rather throw two bowls into the dishwasher at the end of my recipe prep than stop everything to hand-wash one bowl in the middle of things. (You know, this could also be solved by buying a second stand mixer, but I suppose that’s getting a little out of hand.) The hand mixer is perfect for smaller tasks like creaming peanut butter or cream cheese with powdered sugar for a quick dessert filling or frosting, or whipping up some cream to top a mug of hot chocolate.

The hand mixer also does the trick when you only need to whip a few egg whites to make a soufflé-like dessert like these sprightly lemon puddings. What you’ll dip your spoon into here isn’t a sugary, thick childhood pudding or a spongy British steamed pudding laden with secret meaty ingredients. It’s an airy cloud of citrus with a puddle of curd awaiting you at the bottom of the cup.

Even better—maybe if you make these puddings for a lemon lover, they’ll be so grateful that they’ll offer to do all your dishes and you won’t have to worry about how many bowls you’ve dirtied or how many appliances take up the kitchen counter space. It’s worth a shot.

With a stand mixer fitted with the paddle attachment, beat the butter, sugar, salt, and lemon zest together on medium speed until fluffy, about 3 minutes. Beat in 1/4 cup of the lemon juice and the egg yolks until the batter is lightened and thick, about a minute and a half. Reduce the speed to low and add the flour, then the milk.

Put a kettle filled with water on to boil.

Place four 6-oz. ramekins or other oven-safe ceramic or glass cups in a baking pan. Divide the batter between the ramekins.

Place the baking pan in the oven, then carefully fill the pan with hot water from the kettle until it reaches halfway up the sides of the ramekins. Bake for 20-25 minutes, just until the puddings are puffing up and beginning to crack on top.

Carefully move the puddings to a wire rack to cool for at least 20 minutes before transferring to the refrigerator, allowing the curd layer to set. 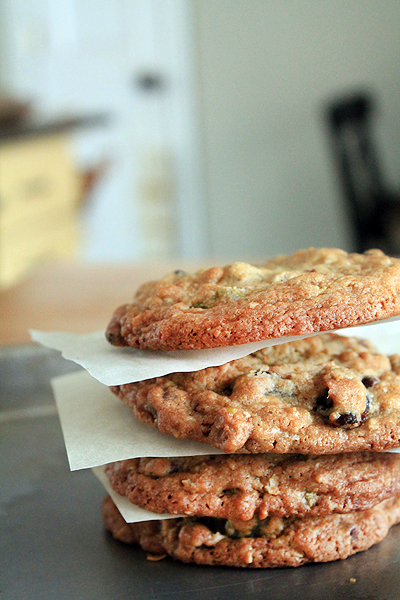 These are absolutely stunning... Is it bad that I want to eat them for dinner? :)

These little puddings look so light and lovely!

Oh, Casey I can totally relate to your kitchen purchases-slash-hoarding, I think I own 6 whisks and justify each and every single one of them! Your Lemon Souffle Puddings look absolutely delicious!

Jamie, I feel you on the whisks! I was using my nonstick roux whisk tonight and marveling over how perfect and specialized it is.

Miss @ Miss in the Kitchen

My mouth is actually watering, what a great dessert!

This sound so light and yummy!