When it comes to baking, sometimes I find it fun to let the ingredients guide me. Like these gorgeous sour cream cinnamon muffins. Our adorably delicious friends, Chris & Karen, from over at The Pêche, stopped by to borrow our spare laptop the other day. As a thank you, Chris brought us a bunch of goodies when he picked up the computer, including Humboldt Fog goat cheese (nom!) and Green Valley Organics Sour Cream (double nom!).

You might be thinking I’m off on a tangent again – who gets a surplus of sour cream and immediately jumps to baking? I never claimed to be a by-the-book sorta girl, what can I say?

It might help you to know I also had these Cinnamon Flav-R-Bites from my adventures in the land of King Arthur Flour. Sour Cream and Cinnamon? Maybe not an obvious flavor combination, but I promise you – a delectable one!

Mary Jane from KAF called these cinnamon bites “rabbit food”. They look like little pellets. It’s not the chocolate chip consistency you might be imagining. Instead, they’re like concentrated little nuggets of pure cinnamon. Let them sit in your batter for 10-15 minutes before you bake the muffins up. They’ll soften and become concentrated little bursts of cinnamon throughout the muffins.

If you don’t want to let the batter sit, that’s okay too – the cinnamon bites stay crunchy, and add a cinnamon burst with a nut-like crunch.

In a large bowl, beat together butter and sugar until light and fluffy. Add eggs, vanilla extract or pods and sour cream, beating to combine well. Add Cinnamon Flav-R-Bits if using and allow to sit in batter while you prepare the flour mixture.

In a second bowl, combine flour, baking soda, and salt. If using ground cinnamon, add to the flour mixture. Mix well with a whisk both to evenly combine and aerate the flour.

Using a large spoon, slowly add flour mixture to wet ingredients, stirring only enough to combine. The batter should still be lumpy, and small pockets of flour are okay.

Distribute batter into muffin cups. I used an ice cream scoop to do this, you can also use a large spoon or 1/4 cup measuring cup. Sprinkle each cup with sparkling sugar if using.

Bake for roughly 20 minutes – check at 18. When poked with a toothpick, the muffin should bounce back, and the toothpick should remove cleanly.

Allow to cool, and then enjoy with fresh raspberry jam. 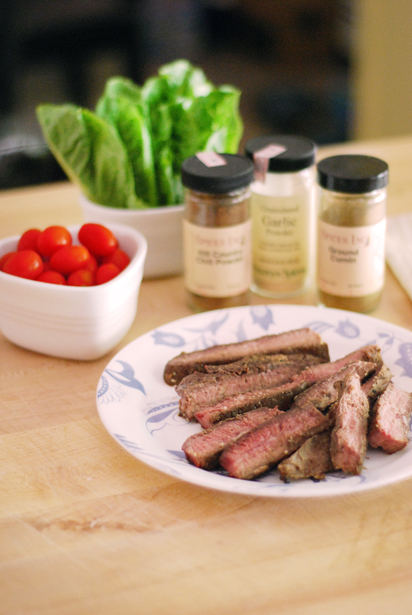 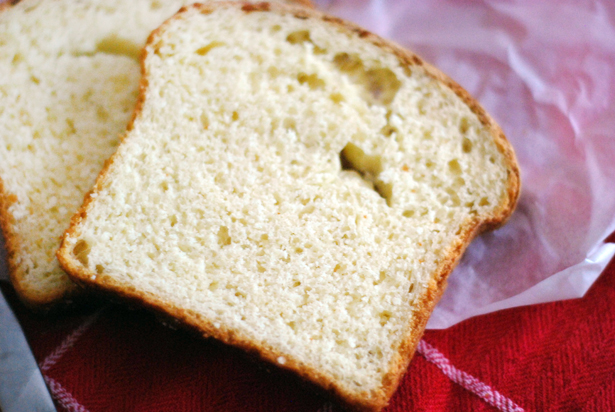 These muffins look so gorgeous! How do you make those liners?

Sanjeeta, I purchased those liners on the Bake It Pretty website. They appear to be out of stock, except for the mini yellow ones. http://www.bakeitpretty.com/categories/Baking-Cups/Specialty-Baking-Cups/

These sound wonderful. I like the same kind of preserves, except I have a thing for the fig!!! I'm going to have to check out the cinnamon bits...Never seen them!

These look so good, wish I would have had some for breakfast this morning!

A cupcake carrier would mean my husband could take my cupcakes in to work, which would mean I wouldn't eat them all. Win win!

I love muffins and these look wonderful! Also, a cupcake carrier is a genius purchase. I always say I should get one, and never do. Instead I end up cutting boxes and lining them with foil...you would think I would learn.... Aimee