Do you love pumpkin? Of course you do! (Well, unless you’re Annie from With Sprinkles On Top.) I love pumpkin so much, I’d marry it if I were a polygamist. Too much?

Way back in August (sheesh, way back? waaah!), when I went to the Big Summer Potluck, I got to meet Abby Dodge, who was talking about recipe development, and did a demonstration of parfaits from her newest book, Desserts 4 Today. You caught that 4 instead of “for”, right? That clever little word play is meant to point out to you that every recipe in the book has just four ingredients. Four. Four.

If you have a sweet tooth like me, I don’t have to tell you how amazingly awesome it is to have an entire book of desserts at your fingertips that is just SO accessible. A quick thumb through the book showed me more recipes than I could count on two hands that I had the ingredients for right then. No trips to the grocery store, no specialty ingredients I’d never use again. Simple, beautiful desserts that would keep dinner party guests talking long after the party is over. I swooned. I really did. Especially when I saw the Nutella Brownie Bites. Let that sink in, would you – Nutella. Brownies.

They were the first recipe I made out of the book, and let me tell you, my mind was BLOWN. Literally, 15 minutes from ingredients gathering to pulling those little babies out of the oven. 15 minutes! You can’t even bake a roll of store bought cookie dough that quick, so why wouldn’t you make something homemade for your friends and family instead?

You know what’s really awesome? Abby’s sent me a 2nd book to give away here, to one of my lucky readers. Isn’t that amazeballs?! (That’s the new ‘it’ word: try it, it’ll make you giggle.)

The recipe for Nutella Brownie Bites had me reeling for days. I kept thinking: could it be applied to other ingredients? And then we had a cold snap, and my mind turned to all ingredients Autumnal. Apples.. hrm. Not really. Pumpkin? Now that has possibilities. Canned pumpkin has a very similar texture to Nutella, loose and paste-like.

For your comparison, I’ve placed the two recipes side by side below. And below that are the sensational giveaway details!

—
The winner has been chosen! Via random.org, the winning comment was #23 – Maureen, who said:
“IN the fall I begin to make both pumpkin bread and I also make a dish called pumpkin crisp. The crisp always gets rave reviews and the family always wants this instead of pumpkin pie at Thanksgiving.

Maureen – I want that pumpkin crisp recipe!!! Thanks to everyone who entered, I loved hearing about your favorite pumpkin dishes!
—
To win your very own copy of Abby Dodge’s Desserts 4 Today, you can do the following:
1. Leave a comment below telling me your favorite way to enjoy pumpkin.
2. Follow Abby Dodge on Twitter: @abbydodge
3. Follow me on Twitter: @BluebonnetBaker 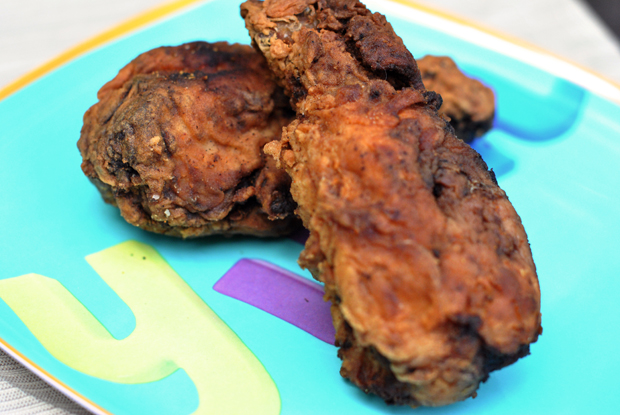 You don't have to enter me in the drawing but I wanted to say YUM!! Those look so good. I made the Nutella version now I am off to make these this weekend.

Fall is my favorite season! I just bought six cans of pumpkin puree and I can't wait to enjoy it in cheesecake, cookies, breads, muffins...the list goes on and on! Yum!

I am already following you on Twitter, my dear. So, does that count for another entry ?