This weekend is the first in a long time that we a) have a working kitchen and b) didn’t have any plans. I said to James mid-week, “So far, we don’t have any plans for the weekend. Let’s keep it that way!”

Instead, we decided to spend the weekend sleeping in, and planning things we’d like to cook. I made my first trip of the season to our town’s farmer’s market, spending plenty of time reveling in the beautiful produce all around me and talking the ears off a couple of farmers.

For the first time in far too long, I went through some of the cookbooks that happily live on their own shelves in our new kitchen. Last night for dinner we had spicy chicken tacos. Later this week we’ll have chicken enchiladas, and on Sunday, our friends Maggy and Andy are coming over, and I plan to teach Maggy how to make tamales.

But today, today is for baking. James got up super early to start a loaf of English farmhouse bread in our bread maker. And as soon as I’d crawled out of bed and had a cup of tea, I knew what was on my radar: These scones.

When Maggy and her mom made them a month or so back, she was lovely enough to save me one when I went to visit at her place the following day. Far better than anything Starbucks or Cosi could have offered me, I gotta say: oatmeal in scones is a revelation of deliciousness. And I knew that as soon as I had a working kitchen again, they had to be made.

I could have stuck with the raisins, but I happened to pick up some gorgeous black cherries at the farmer’s market. Too many to eat on their own, really. They were begging for a baked good, really they were.

Add to that I have 3 large lemons kicking it in my fridge, I think we’ve got a party.

I followed Maggy, Sharon, and Pam’s recipe to the letter, except for the lemon and lemon juice. My adaptation is below.

Whisk sour cream, lemon juice and egg until smooth. Grate butter into the flour mixture on the large holes of a box grater; toss to combine. Stir in sour cream mixture until large dough clumps form. Use hands to press dough against the bowl into a ball. (There may not seem like enough liquid at first, but as you press, the dough will come together.)

Place on a lightly floured work surface and pat into a 7 1/2-inch circle, about 3/4-inch thick. Sprinkle with remaining teaspoon of sugar. Use a sharp knife to cut into 8 triangles; place on a cookie sheet (preferably parchment-lined), about 1 inch apart. Bake until golden, about 15 to 17 minutes. Cool for 5 minutes and serveâ€”hot, warm, or at room temperature 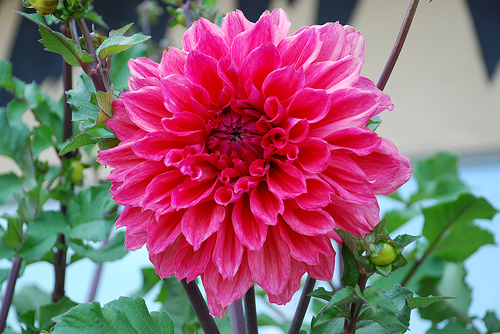 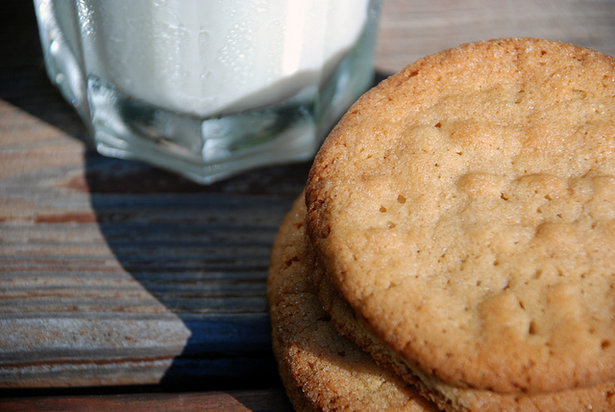 Must be scone day because just this very morning I had the orange-rosemary version that Kara mentioned!

I am so going to make these. Maybe even today. Nom. Nom. Nom.

I will definitely have to try these scones! Just smelling the ones that came out of the oven on Saturday was enough to make me swoon.

I am so glad to have met you at the Big Summer Potluck! And even moreso that I now have an amazing new friend and fellow coffee addict! ;-)

It must be in the DNA of those Anderson women to make scones... after all, these, and then those orange and rosemary scones on Saturday? Divine!

So glad we met (regretting we didn't get to chat much!) and can't wait for more of your Tex-Mex tips! We're going to have fajitas later this week and I'll be sure to add some cumin (my favorite spice!!!) and roasted red pepper.